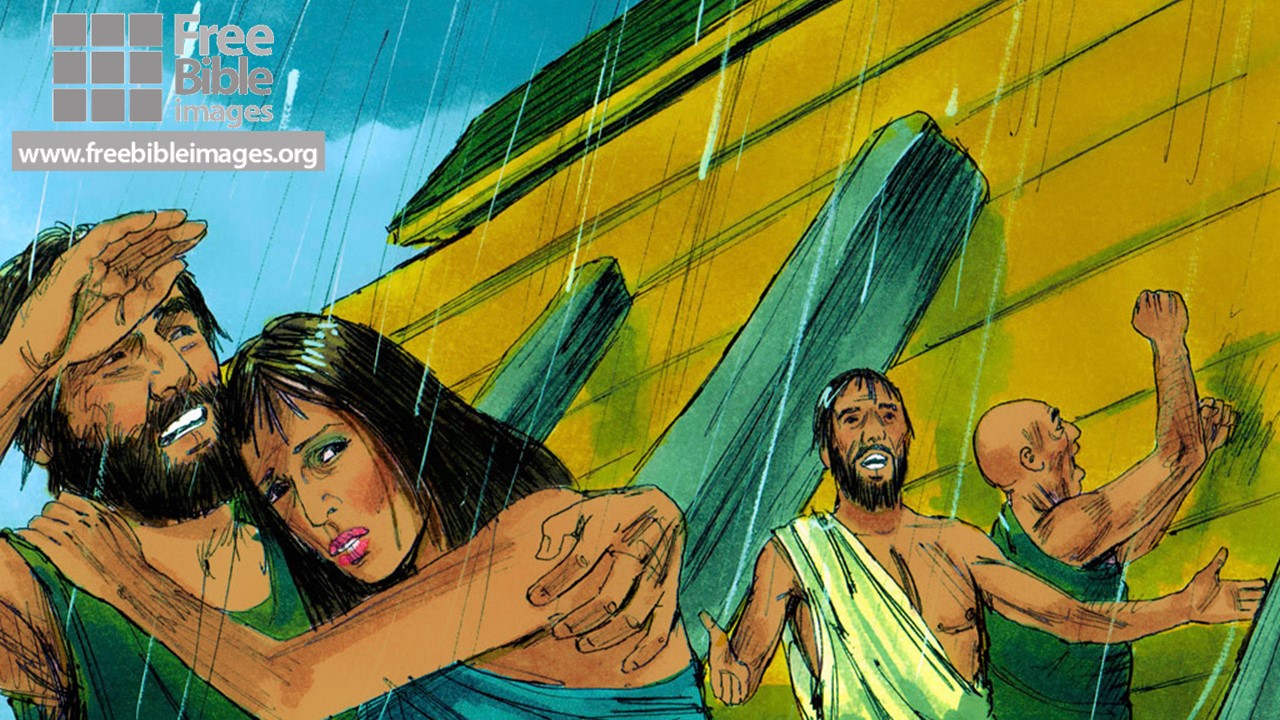 In the Mustard Seeds series on “Beginnings”, we’ve reached Judgement – the worldwide flood in Noah’s day.

God punishes sin but graciously preserves a small number of people who remain faithful to Him.  Indeed, God must punish sin, so it is only through our Lord Jesus taking the punishment that we deserve that we can stand before God at all.  In the midst of God’s righteous anger at sin we also see His great love and mercy to save us.

In today’s lesson we saw how the people were thinking only evil all the time, so God brought His judgement on the world by flooding it to destroy everything, but He also showed mercy and saved Noah and his family and all the kinds of animals, to give them a new start.

On the way, we also thought about how big the ark was – it was not only able to hold Noah’s family and the animals, it could have held many other people too!  We watched a couple of videos that talk about this (see below).  One comment in the first video was how thousands of people could easily fit in to the reconstruction of the ark.  This reminded me that God gave an opportunity for many people to be saved, but they did not take it!  And so we see that, just like the ark, there is an invitation to everyone to be saved by turning to Jesus.

In the third video below, we heard just one example of how we can still see evidence in the world today of the flood in Noah’s time, and how this evidence flies in the face of what is taught as “science” when it comes to how old these sedimentary rocks are (and, ergo, how old the Earth is), but rather corroborates what God’s world tells us.  A question was asked about “science” and the Bible.  A reminder needs to be given that what is taught as “science” when it comes to origins is very much about belief and is not founded on observational science, which this video was trying to show.
You can find some more great articles on this page that the children might enjoy reading: http://creation.com/creation-for-kids-articles
The one about “Compromise” and the one about “Dating Methods” should help you to start to think about (what is taught as) “science” and the Bible – namely, how “old” things are.  The other articles might help to answer various other questions.

A question was also asked about how Noah could live to 600 years old (he entered the ark when he was 600; he actually lived 950 years, which was even longer than Adam).  I have not found an article specifically addressing this for children, but this is a good article that talks about it, if you feel up for the challenge:  http://creation.com/living-for-900-years

Finally, in the fourth video below we heard about how, despite landscapes, such as the Grand Canyon, having been caused by God’s judgement, they can be incredibly beautiful – think about the Surrey Hills, for example.  And so we see beauty even through judgement!  We see God’s mercy.  And we have a reminder that just as that door in the ark was open for anyone to come in, today Jesus says “I am the door”, and anyone who enters will be saved.